Jonathan Kingdon is a Senior Research Associate at the Institute of Biological Anthropology and Department of Zoology of Oxford University. He is the author of and artist for numerous books, including Self-Made Man and Island Africa (Princeton). The Millennium issue of American Scientist named Kingdon's Atlas of Evolution in Africa one of the "100 books that shaped a century of science." 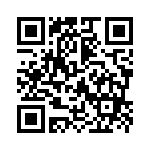