“ŅÕŃ 166
Similarly , even though Plato advocates in the Republic that the female guardians are to share all the tasks of their male counterparts , he thinks they fare worse in every pursuit . The best performers of these tasks are all males ...
“ŅÕŃ 192
Since , as has been shown , Confucianism and feminism share important common grounds , it is possible for them to work together in pursuing their causes . Finally , based on this comparative study , How should we understand Confucian ...
“ŅÕŃ 196
If the argument for graded love presented here seems inadequate or unconvincing , at least I have shown that some feminists share the view with Confucians in this regard . For a recent defense of the Confucian graded love , see Whalen ...

Daniel A. Bell is professor of political philosophy and ethics at Tsinghua University in Beijing. 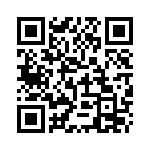