Mark's Story opens on the evening of the last day of Jesus as man. The young Mark hears Jesus' prophecies of the events that are to come, and bears witness to some of the most pivotal events in human ... ųÝŗ ŮųťÝš Óžŗš

After reading John's story, The last eyewitness of Jesus, I had to get Mark's. The authors Tim LaHaye and Jerry Jenkins are favorites of mine. The book arrived quickly and in perfect condition. Great service and great selections available. I'll be back for more. ųÝŗ ŮųťÝš Óžŗš

Tim LaHaye is a noted author, minister, and nationally recognized speaker on Bible prophecy. He is the founder and president of Tim LaHaye Ministries, and the cofounder of the Pre-Trib Research Center, established for the purpose of exposing ministers to Bible prophecy. He holds a doctor of ministry from Western Theological Seminary and a doctor of literature from Liberty University. A pastor for thirty-nine years, LaHaye has written more than fifty nonfiction books and co-authored the Left Behind, the most successful Christian fiction venture in publishing history, with Jerry Jenkins.

Jerry B. Jenkins, chairman of the board of trustees for the Moody Bible Institute of Chicago, is the author of more than 175 books. Dr. Jenkins's writing has appeared in Time, Reader's Digest, Parade, Guideposts, and dozens of Christian periodicals, and he is a contributing editor to Writer's Digest magazine. He owns Jenkins Entertainment, a filmmaking company, as well as the Christian Writers Guild. 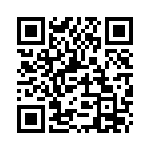