A HISTORY OF HEAVEN: The Singing Silence

Russell (Mephistopheles: The Devil in the Modern World, 1986, etc.; History and Religious Studies/Univ. of Calif., Santa Barbara) offers a sensitive and intellectually alert survey of the concept of ... „°Ó ±„ķ°õ ŅņÓõ

A history of heaven: the singing silence

Historian Russell (Inventing the Flat Earth, Praeger, 1991) offers ever deepening insights into the human notion of heaven from its inception around 200 B.C. until Dante's Divine Comedy in 1321 C.E ... „°Ó ±„ķ°õ ŅņÓõ

Jeffrey Burton Russell is Professor of History and Religious Studies at the University of California, Santa Barbara. He is the author of fifteen previous books, including most recently Mephistopheles: The Devil in the Modern World, The Prince of Darkness, A History of Witchcraft: Sorcerers, Heretics, Pagans, and Inventing the Flat Earth: Columbus and Modern Historians. 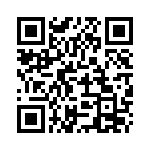