“ŅÕŃ 79
And when they had platunto the people a prisoner , whom teu a crown of thorns ,
they put it they would And they had then upon his head , and a reed in his a
notable prisoner , called Barab- right hand ; and they bowed the bas . Therefore ...
“ŅÕŃ 93
These in a place that is called the Pave - things therefore the soldiers did . ment ,
but in the Hebrew , Gab . Now there stood by the cross of batha . And it was the
prepara- Jesus , his mother , and his motion of the passover , and about ther's ...
“ŅÕŃ 121
Jone Spirit , even as ye are called AND it came to pass the day in one hope of
your calling ; one after , that Jesus went into a Lord , one Faith , one Baptism , city
called Nain ; and many of one God and Father of all , who his disciples went with
...
“ŅÕŃ 140
The voice of him that they came to circumcise the child crieth in the wilderness ,
Prepare and they called him Zacharias , ye the way of the Lord , make after the
name of his father . And straight in the desert a highway his mother answered
and ...
“ŅÕŃ 318
Of the Authority of the ( kurch . working in due season : they through The Church
hath power to decree grace obey the calling : they lie justified kiies or
Cerenwonies . and authority in irrely : they be made Sons of Tiod by
controversies of Faith ...

I had been looking for this version of the Common Prayer Book to match the ones we have at church. None of the christian book stores, or the large book store could seem to locate it. I went online to ... „°Ó ±„ķ°õ ŅņÓõ

Great book -- Just like what we have in church

I am quite pleased with my purchase. The deciding factors were the overall book dimensions and the font size. I had purchased a smaller BCP and was disappointed with how small the font was. Get this BCP. You will not be disappointed! Sincerely, Ron „°Ó ±„ķ°õ ŅņÓõ 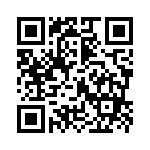