˛ţňŃ 100
Appropriately called even then the "birthdays of the gods," those five days saw
the birth to Rhea of five gods, one each day: Osiris first, Arueris (also called
Apollo and Elder Horus), Typhon, Isis, and last Nephthys, sometimes called
Finality, ...
˛ţňŃ 101
Typhon, however, came upon it and this time cut up the body of Osiris into
fourteen pieces, scattering them about. Isis again began a pilgrimage to recover
the parts, setting up temples at each location where she discovered a portion of
her ...
˛ţňŃ 108
413). 20 The most complete coverage of the role and evolution of demigods
appears in Isis and Osiris. As before with an unnamed supreme being,
indecorous conduct cannot logically be attributed to Isis, Osiris, and Typhon, if
they are to be ... 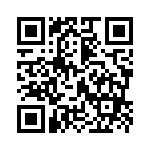