Ibrahim Al-Marashi is an adjunct faculty member at the Department of History at Bogazici University in Istanbul, Turkey.

Sammy Salama is a Middle East expert with the Monterey Institute of International Studies, California. 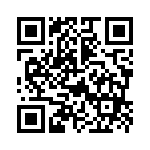