Jack Olsen is the award-winning author of thirty-three books, which have been published in fifteen countries and eleven languages. Olsen’s journalism earned the National Headliners Award, Chicago Newspaper Guild’s Page One Award, commendations from Columbia and Indiana Universities, the Washington State Governor’s Award, the Scripps-Howard Award and other honors. The Philadelphia Inquirer described him as “an American treasure.”

Olsen was described as “the dean of true crime authors” by the Washington Post and the New York Daily News and “the master of true crime” by the Detroit Free Press and Newsday. Publishers Weekly called him “the best true crime writer around.” His studies of crime are required reading in university criminology courses and have been cited in the New York Times Notable Books of the Year. In a page-one review, the Times described his work as “a genuine contribution to criminology and journalism alike.”

Olsen is a two-time winner in the Best Fact Crime category of the Mystery Writers of America, Edgar award. 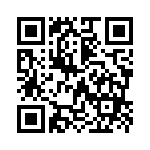