The gift of death

This is Part 2 of Derrida's exploration of the ambiguity of giving. Part 1 (Given Time: Counterfeit Money, Univ. of Chicago Pr., 1992) weaves in and out of a Baudelaire prose poem on giving a beggar a ... „°Ó ±„ķ°õ ŅņÓõ

Jacques Derrida was born in El-Biar, Algeria on July 15, 1930. He graduated from the École Normal Supérieure in 1956. He taught philosophy and logic at both the University of Paris and the École Normal Supérieure for around 30 years. His works of philosophy and linguistics form the basis of the school of criticism known as deconstruction. This theory states that language is an inadequate method to give an unambiguous definition of a work, as the meaning of text can differ depending on reader, time, and context. During his lifetime, he wrote more than 40 books on various aspects of deconstruction including Of Grammatology, Glas, The Postcard: From Socrates to Freud and Beyond, and Ulysses Gramophone: Hear Say Yes in Joyce. He died of pancreatic cancer on October 9, 2004 at the age of 74. 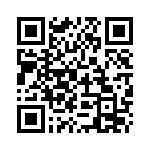