Atlantic Monthly correspondent Schlosser made a muckraking splash with Fast Food Nation: The Dark Side of the All-American Meal (an LJ Best Book of 2001). He continues to extend the investigative ... „°Ó ±„ķ°õ ŅņÓõ

Eric Schlosser is a correspondent for the Atlantic. His work has also appeared in Rolling Stone, Vanity Fair, the Nation, and the New Yorker. He has received a National Magazine Award and a Sidney Hillman Foundation Award for reporting. In 1998 Schlosser wrote an investigative piece on the fast food industry for Rolling Stone. What began as a two-part article for the magazine turned into the New York Times bestseller Fast Food Nation: The Dark Side of the All-American Meal. His other books include Reefer Madness: Sex, Drugs, and Cheap Labor in the American Black Market and Chew on This: Everything You DonÆt Want to Know About Fast Food, a childrenÆs book he cowrote with Charles Wilson. 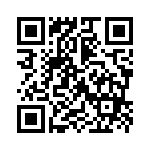