“ŅÕŃ 247
the senate of the children of 15 Insomuch that they brought Israel , and sent to the
prison forth the sick into the streets , to have them brought . and laid them on
beds and 22 But when the officers couches , that at the least came , and found
them ...
“ŅÕŃ 294
Felix the governor . brought him to the chief | men two hundred , at the third
captain , and said , Paul the hour of the night ; prisoner called me unto him , 24
And provide them beasts , and prayed me to bring this that they may set Paul on ,
and ...
“ŅÕŃ 298
... into the place of hearhave the accusers face to face , ing , with the chief
captains , and have licence to answer for and principal men of the city , himself
concerning the crime at Festus ' commandment Paul laid against him . was
brought forth . 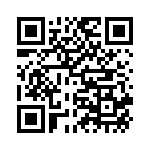