Stanley E. Porter, Ph.D. (1988) in Biblical Studies and Linguistics, University of Sheffield, is President, Dean and Professor of New Testament at McMaster Divinity College, Hamilton, Ontario. He has published extensively in New Testament and related subjects. These include "The Paul of Acts" (1999) and the edited volume, with Jacqueline C.R. de Roo, "The Concept of the Covenant in the Second Temple Period" (Brill, 2003) Paul M. Joyce, Ph.D. (1983), University of Oxford, formerly Lecturer in Theology in the University of Birmingham, is (from October 1994) Lecturer in Theology, University of Oxford, and Fellow of St Peter's College, Oxford. His publications include "Divine Initiative and Human Response in Ezekiel" (1989). David E. Orton, Ph.D. (Sheffield 1987), is Director of Deo Publishing. He is founding editor of a number of journals and book series, including the journal Biblical Interpretation and the Biblical Interpretation series, and he is translation editor of the English edition of "RGG, Religion Past and Present." His own publications include "The Understanding Scribe. Matthew and the Apocalyptic Ideal" (1989, pbk 2004). 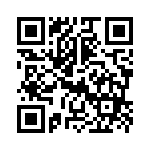