Mike Marqusee's books include Wicked Messenger: Bob Dylan and the 1960s, Redemption Song: Muhammad Ali and the Spirit of the Sixties, War Minus the Shooting, Anyone but England and If I Am Not for Myself. He is a regular contributor to the Guardian and writes a fortnightly column for the Indian newspaper The Hindu. He lives in London. 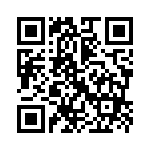