A native of Montevideo educated in Argentina and in the United States, Herold Weiss is professor emeritus of religious studies at Saint Mary's College in Notre Dame, Indiana. For many years he was also an affiliate professor of New Testament in the Hispanic program of Northern Baptist Theological Seminary. Weiss is the author of Paul of Tarsus: His Gospel and Life. He lives in Berrien Springs, Michigan. 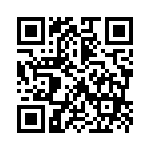