I finally read Villette by Charlotte Bronte, and there was so much to love about it. There were so many sections I tabbed and quotes I loved. It▓s an understated type of love though...with low ... ВЬЮ ЯВИЬД НЛЮД

Lucy Snowe is such a fascinating character. Brontë's ability to add so many layers to her narration is what makes the book. The withholding of self, of feelings, the tricks we play on ourselves to ... ВЬЮ ЯВИЬД НЛЮД

Charlotte Bronte, the third of six children, was born April 21, 1816, to the Reverend Patrick Bronte and Maria Branwell Bronte in Yorkshire, England. Along with her sisters, Emily and Anne, she produced some of the most impressive writings of the 19th century. The Brontes lived in a time when women used pseudonyms to conceal their female identity, hence Bronte's pseudonym, Currer Bell. Charlotte Bronte was only five when her mother died of cancer. In 1824, she and three of her sisters attended the Clergy Daughter's School in Cowan Bridge. The inspiration for the Lowood School in the classic Jane Eyre was formed by Bronte's experiences at the Clergy Daughter's School. Her two older sisters died of consumption because of the malnutrition and harsh treatment they suffered at the school. Charlotte and Emily Bronte returned home after the tragedy. The Bronte sisters fueled each other's creativity throughout their lives. As young children, they wrote long stories together about a complex imaginary kingdom they created from a set of wooden soldiers. In 1846, Charlotte Bronte, with her sisters Emily and Anne published a thin volume titled Poems by Currer, Ellis, and Acton Bell. In the same year, Charlotte Bronte attempted to publish her novel, The Professor, but was rejected. One year later, she published Jane Eyre, which was instantly well received. Charlotte Bronte's life was touched by tragedy many times. Despite several proposals of marriage, she did not accept an offer until 1854 when she married the Reverend A. B. Nicholls. One year later, at the age of 39, she died of pneumonia while she was pregnant. Her previously rejected novel, The Professor, was published posthumously in 1857. 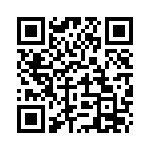