Juan Tubert-Oklander and Reyna Hernández de Tubert are members of the Mexican Psychoanalytic Association and the International Psychoanalytic Association, and founding members of the Centre of Psychotherapy and Group Analysis. They both work in private practice in Mexico City as psychoanalysts, group analysts, and marriage and family therapists. They have published extensively on these subjects, and they teach and train psychoanalysts and psychotherapists at a graduate level. They also work in the co-ordination of workshops, laboratories, reflection groups in institutions and other types of non-therapeutic groups. 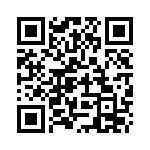