James Hogg was a Scottish poet, novelist and essayist who wrote in both Scots and English. He is best known for his novel The Private Memoirs and Confessions of a Justified Sinner.

Gillian Hughes is Advisory Editor to The New Edinburgh Edition of the Works of Robert Louis Stevenson. She was editor and/or general editor for many volumes in the Stirling/South Carolina Hogg edition, founding editor of the journal Studies in Hogg and his World, and is the author of James Hogg: A Life (Edinburgh University Press, 2007). Her current projects include an edition (co-edited with Peter Garside) of the Shorter Verse of Walter Scott. 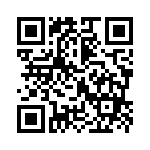