тоег 13
Furthermore, the dynamic, expansionist, creative "Golden Age" civilization of
seventeenth century Holland was the consequence of independence - not of
Protestantism; the intellectual depletion of the south (and it may even be
questioned, ...
тоег 54
In Leiden's second quarter century 6,236 students were inscribed; and between 1
626-1 650, 1 1,076.18 Without any doubt it was Leiden that led the universities of
the world in the seventeenth and early eighteenth centuries. From both ...
тоег 83
161 Conditions were not exactly the same, however, by the early eighteenth
century. Haller said that the inhabitants were so well ... incognito, in my slippers
without receiving one spot. Ml Geyl, Netherlands in the seventeenth century, I, ... 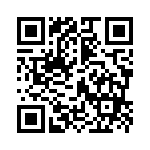