Eugene L. Rogan is University Lecturer in the Modern History of the Middle East and a Fellow of St Antony's College, University of Oxford. He is the author of Frontiers of the State in the Late Ottoman Empire (1999) and editor of Outside In: On the Margins of the Modern Middle East (2002). He is editor of The Contemporary Middle East series published by Cambridge.

Avi Shlaim is Professor of International Relations and a Fellow of St Antony's College, University of Oxford. He was a British Academy Research Professor in 2003-6 and he was elected Fellow of the British Academy in 2006. His previous publications include War and Peace in the Middle East: A Concise History (1995), The Iron Wall: Israel and the Arab World (2000) and Lion of Jordan: The Life of King Hussein in War and Peace (2008). 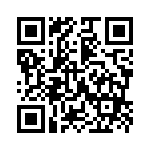