“ŅÕŃ 10
_ " Let them look to thy age , and the manner I have confined thee from any man
coming in thy presence , and to prevent men's saying a man might come in
women's apparel , I have also forbidden all thy female friends to come into thy ...
“ŅÕŃ 29
For the Lord said , he would deal with men after the manner of men : now , after
the manner of men , I am willing to gain my election . If I cannot get most votes , I
will willingly lose my election , and be no Member of Parliament at all . But I know
...
“ŅÕŃ 75
subject , in reply to an enquiry made of her , to know in what manner her
communications were given , whether in an audible voice , or by an impulse on
the mind . ō I answer , neither ; for though I have often heard my name called in an
audible ... 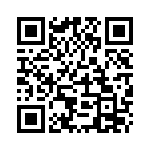