SHAKESPEARE: The World as Stage

A telling glance at one of history's most famously unknowable figures.As sometimes happens with expatriates, journalist Bryson (The Life and Times of the Thunderbolt Kid: A Memoir, 2006, etc.) often ... „°Ó ±„ķ°õ ŅņÓõ

This book is such an interesting and fast read. Bryson truly 'sets the stage', describing the life and times of a Londoner in Elizabethan and Jacobian times. Since so little is known of the details of ... „°Ó ±„ķ°õ ŅņÓõ

Bill Bryson is the bestselling author of At Home, A Walk in the Woods, The Lost Continent, Made in America, The Mother Tongue, and A Short History of Nearly Everything, winner of the Aventis Prize. Born in Des Moines, Iowa, Bryson lives in England with his wife and children. 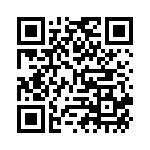