Second in the Ravenscar trilogy (after The Ravenscar Dynasty, 2007) draws more tortured parallels between the über-rich Deravenel clan and the Plantagenet and Tudor monarchs.After wresting control ... ¸°Ó ±¸Ú°õ ¯ýÓõ

This second novel in the insipid trilogy that Bradford started last year with The Ravenscar Dynasty picks up where Dynasty left off in 1918. Edward Deravenel is now in his thirties and running his ... ¸°Ó ±¸Ú°õ ¯ýÓõ

Barbara Taylor Bradford was born in Upper Armley, Leeds, in Yorkshire on May 10, 1933. At the age of fifteen, she was working as a typist for the Yorkshire Evening Post. After six months, she was promoted to cub reporter in the newsroom. At eighteen, she became the newspaper's Woman's Page Editor and at twenty, she headed for London where she became Fashion Editor of the magazine Woman's Own. She also reported for the London Evening News, Today Magazine and other publications, covering everything from crime to show business. In 1961, she met her future husband Robert Bradford and they were married in 1963. After they married, they moved to the United States and she began writing a syndicated column, Designing Woman. The column was published for twelve years and received several awards. Her debut novel, A Woman of Substance, was published in 1979 and she has since written over 20 novels. Many of her novels have been made into television mini-series including A Woman of Substance, Voice of the Heart, Act of Will, Everything to Gain and A Secret Affair. She also wrote children's books and eight books on decorating. She has received numerous awards for her work including the Matrix Award from New York Women in Communication Inc in 1985, the City of Hope's Spirit of Life Award in 1995, the Five Towns Music and Art Foundation's Award of Achievement for outstanding accomplishments in the field of Literature in 1997 and the British Excellence Award in 1998. She was inducted into the Matrix Hall of Fame in 1998 and into the Writers Hall of Fame of America in 2003. In 2007, she was awarded an OBE (The Order of the British Empire) by Queen Elizabeth II for her contributions to Literature. She is a member of the James Madison Council of the Library of Congress. She is also involved in several charity projects such as Literacy Partners and the Police Athletic League of New York City. She made the New York Times Best Seller List in 2014 with her title Cavendon Hall. 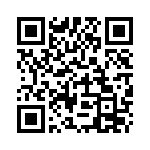