Sea turtles: a complete guide to their biology, behavior, and conservation

Spotila (environmental science, Drexel Univ.) specializes in the physiological and population ecology of sea turtles and has made numerous research expeditions to observe them in their natural ... „°Ó ±„ķ°õ ŅņÓõ

James R. Spotila is the L. Drew Betz Chair Professor of Environmental Science at Drexel University and director of the Center for Biodiversity and Conservation. The founding president of the International Sea Turtle Society and chairman of the board of The Leatherback Trust, he is the author of The Leatherback Turtle: Biology and Conservation and Saving Sea Turtles: Extraordinary Stories from the Battle against Extinction. 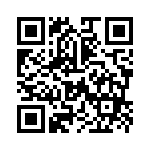