I don't usually read books about religion and I must say that I've been drawn to this one due to it being the "house" of the infamous sentence that originated several other works like Hemingway's "For ... ųÝŗ ŮųťÝš Óžŗš

These meditations and prayers of John Donne are a difficult read - but worth the effort - most of us try to deny the reality of death by almost any means - here is a man struggling to accept death ... ųÝŗ ŮųťÝš Óžŗš

John Donne (1572-1631) was a Jacobean poet and preacher, the representative of the so-called metaphysical poets of the period, though the term itself came after his death. His works include sonnets, love poetry, religious poems, Latin translations, epigrams, elegies, songs, and sermons.Anthony Raspa is at Universite de Quebec, Chicoutimi. 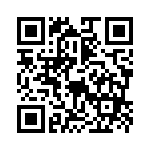