Evangelist Demona Reed is the daughter of a pastor and one in a set of triplets.  She has five sisters (one deceased) and one brother, who are all in the ministry.  She is married to Prophet Glenn Reed of the New Christ Community Church in Saginaw, Michigan, and the mother of four sons, one daughter-in-law and two grandchildren.

In 1973, she was born again and received the baptism of the Holy Ghost, speaking in tongues as the spirit of God gave her utterance, under the ministry of Rev. Keith Butler, Mother Crusher and the Shiloh Church of God in Christ – Bishop Floyd Walls.  Other gifts of the Spirit manifested as she traveled to the International Church of Deliverance in Ecorse, Michigan, under Apostle Charles O. Miles.

Currently, she is the Minister of Music at the New Christ Community Church, musician at the Bethel A.M.E. Church, Ephesus 7th Day Adventist, Flint Catholic Urban Ministry Interfaith Gospel Choir, Center of Attraction, and an instructor in the Edwin Hawkins Music and Arts Conference Ministry.  Mrs. Reed is the former musician for Women’s Aglow, St. Joseph Catholic Church, and guest musician for the past Calvary Assembly of God where she played for their weekly revivals with such greats as Bill Petty, John Avanzini, Michael Murdock, and many more.

She sings with some of siblings in a group called the Family Affair, which had a weekly show on WAQP-TV-49 (Christian TV-TCT), writes and arranges music, instructs 25 – 30 students weekly for piano and voice lessons as well as teaches full-time music for the Saginaw School District.  In 2002-2003, Demona was chosen as “Teacher of the Year” for the Saginaw Valley in which she gives thanks to God for all He has done in her life.

She considers herself an ecumenical minister because she has peacefully and successful worked with many different denominations including, but not limited to the Methodists, Baptists, Catholics, Pentecostals, Charismatics, Lutherans, and Full Gospel.  Through her vast experience, her students are equipped with the knowledge they need to be effective musicians in both the church and secular settings.  Furthermore, Demona shows by example those things that are acceptable in choirs and music ministry.

She stresses to all choirs that singing is all about Jesus.  As He is lifted up, He’ll draw all men unto Him (scripture).  Mrs. Reed strongly believes as you continue to minister the word of God through song, there should be signs, salvations, healings, and deliverances.  She also teaches how conflicts negatively affect the ministry of music.  Demona believes you should not sing in a choir if you have a grudge against your brother or have an unresolved issue with your spouse and/or friend.  Singing with unresolved issues will release demons over unsuspecting listeners.  Only when you have repented, should you sing.  However, only a humble person will repent and say, “I’m sorry.” 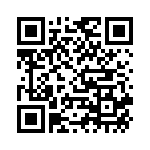