This is one of the gems that every person should read own and cherish. JM чша счйшд омад

Poet, philosopher and artist Kahlil Gibran (1883–1931) was born near Mount Lebanon. Millions of Arabic-speaking people familiar with his writings in that language consider him the genius of his age, and his fame and influence have spread far beyond the Middle East. His poetry has been translated into over twenty languages, and his drawings and paintings were compared by Auguste Rodin to the work of William Blake. In the last twenty years of his life Gibran made his home in the United States and began to write in English.

The Prophet, first published in 1923, is regarded as Gibran’s greatest work. This edition represents a revised and expanded version of its first appearance in annotated form, with an extensive and informative introduction by Professor Suheil Bushrui. About the editor Suheil Bushrui is recognized as a leading authority on Kahlil Gibran. In 1983 he was appointed by the President of Lebanon as a co-ordinator of the Presidential Committee commemorating the one-hundredth anniversary of Gibran’s birth. He is currently the Professor and Director of the George and Lisa Zakhem Kahlil Gibran Chair for Values and Peace at the University of Maryland. He is the editor and translator of a number of works of Kahlil Gibran, including The Essential Gibran, Kahlil Gibran: A Spiritual Treasury, Love Letters, and The Little Book of Love, and the co-author with Joe Jenkins of the definitive biography, Kahlil Gibran: Man and Poet. 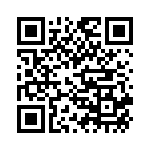