David Knechtges is professor of Chinese literature at the University of Washington. 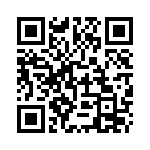