The 16 Satires (c.110--127) of Juvenal, which contain a vivid picture of contemporary Rome under the Empire, have seldom been equaled as biting diatribes. The satire was the only literary form that the Romans did not copy from the Greeks. Horace merely used it for humorous comment on human folly. Juvenal's invectives in powerful hexameters, exact and epigrammatic, were aimed at lax and luxurious society, tyranny (Domitian's), criminal excesses, and the immorality of women. Juvenal was so sparing of autobiographical detail that we know very little of his life. He was desperately poor at one time and may have been an important magistrate at another. His influence was great in the Middle Ages; in the seventeenth century he was well translated by Dryden, and in the eighteenth century he was paraphrased by Johnson in his London and The Vanity of Human Wishes. He inspired in Swift the same savage bitterness. 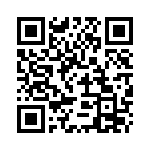