Allen Richard Selzer was born in Troy, New York on June 24, 1928. He graduated from Union College in 1948 and Albany Medical College in 1953. After an internship at Yale, he was drafted into the Army and served as a lieutenant in Korea from 1955 to 1957. He finished his surgical residency at Yale in 1957 and practiced until 1985, when he left his surgical career to write full time. He wrote horror stories that were published in Ellery Queen Mystery Magazine. His short stories included A Question of Mercy, Imelda, and Whither Thou Goest. His books included The Doctor Stories, Mortal Lessons: Notes on the Art of Surgery, Confessions of a Knife, Rituals of Surgery, and Letters to a Young Doctor. He died on June 15, 2016 at the age of 87. 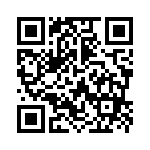