˛ţňŃ 20
... the King of Upper and Lower Egypt , Khufu , then said , ô Let there be
presented to the King Nebka , the Blessed , a thousand loaves , a hundred
draughts of beer , an ox , two jars of incense ; and let there be presented a loaf , a
jar of beer , a ...
˛ţňŃ 188
For the more orthodox Mohammedans looked upon him as an infidel , and
frequently influenced the changeable Mahmud against him , while the presents
sent him by other rulers were used by Mahmud ' s courtiers as a means of
arousing that ...
˛ţňŃ 263
and he presented the essence of this idea in his famous rule : ô What you would
not others should do unto you , do not unto them . ö To him the true application of
religion was to be found in the observance of humanity , uprightness , decorum ... 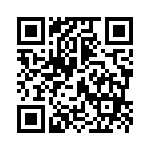