Yale Richmond (1923-2020), was a retired cultural officer in the US Foreign Service. He practiced public diplomacy for thirty years, including postings abroad in Germany, Laos, Poland, Austria (Vienna), and the Soviet Union. A specialist in intercultural communication, his books have been translated and published in China and Korea. 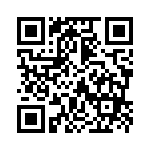