C. J. Ackerley is head of the Department of English at the University of Otago in New Zealand. He has published annotated guides to Malcolm Cowley's Under the Volcano and Samuel Beckett's first published novel, Murphy.

S. E. Gontarski, Robert O. Lawton Distinguished Professor of English at Florida State University, specializes in twentieth-century Irish Studies, in British, U.S., and European Modernism, and in performance theory. He has been a resident Fellow at the Djerassi Foundation, The Rockefeller Foundation at Bellagio, The Bogliasco Foundation, and a Visiting Scholar at the American Academy in Rome. He has been awarded four National Endowment for the Humanities research grants, has twice been awarded Fulbright Professorships, has been Guest Editor of the following: American Book Review, The Review of Contemporary Fiction, and Modern Fiction Studies, and most recently Drammaturgia. 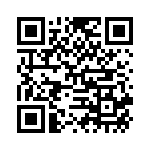