While I make an effort to never start a book over 400 pages due to my short attention span I did not look at the lenght of this text until I was about 100 pages in. That being said I thuroughly enjoyed this book and the information and manner with which it was presented kept my interest. чша счйшд омад

This just may turn out to be the definitive work on the Jewish state's highly touted and often emulated intelligence operations. The authors have crafted a comprehensive and very readable guide to the ... чша счйшд омад

Ian Black flew Phantoms, Lightnings and Tornadoes with the RAF and then Mirage 2000s with the French Air Force. He is now a pilot with Virgin Atlantic and still flies fast jet fighters and photographs, air-to-air, in his off-duty time.

Benny Morris is Professor of History in the Middle East Studies Department, Ben-Gurion University. He is an outspoken commentator on the Arab-Israeli conflict, and is one of Israel's premier revisionist historians. His publications include Righteous Victims: A History of the Zionist-Arab Conflict, 1881 1999 (2001), and Israel's Border Wars, 1949 56 (1997). 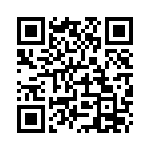