Milton is best known for Paradise Lost, widely regarded as the greatest epic poem in English. Together with Paradise Regained and Samson Agonistes, it confirms Milton s reputation as one of the greatest English poets. In his prose works Milton advocated the abolition of the Church of England and the execution of Charles I. From the beginning of the English Civil Wars in 1642 to long after the restoration of Charles II as king in 1660, he espoused in all his works a political philosophy that opposed tyranny and state-sanctioned religion. His influence extended not only through the civil wars and interregnum but also to the American and French revolutions. In his works on theology, he valued liberty of conscience, the paramount importance of Scripture as a guide in matters of faith, and religious toleration toward dissidents. As a civil servant, Milton became the voice of the English Commonwealth after 1649 through his handling of its international correspondence and his defense of the government against polemical attacks from abroad.

Milton s father established in London a business as a scrivener, preparing documents for legal transactions. He was also a moneylender, and he negotiated with creditors to arrange for loans on behalf of his clients.

John Millton was enrolled at St. Paul s School, probably in 1620. Milton was privately tutored by Thomas Young, a Scottish Presbyterian who may have influenced his gifted student in religion and politics while they maintained contact across subsequent decades. At St. Paul s Milton befriended Charles Diodati, a fellow student who would become his confidant through young adulthood. During his early years, Milton may have heard sermons by the poet John Donne, dean of St. Paul s Cathedral, which was within view of his school. Educated in Latin and Greek there, Milton in due course acquired proficiency in other languages, especially Italian, in which he composed some sonnets and which he spoke as proficiently as a native Italian, according to the testimony of Florentines whom he befriended during his travel abroad in 1638 39. 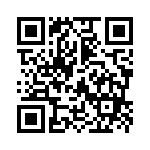