Rabbi Adin Steinsaltz is the editor and translator of Random House's twenty-two-volume edition of the Talmud. He is also the author of many volumes on Jewish thought and practice and has been a resident scholar at both Yale University and the Institute for Advanced Study. In 1988 he was invited to open a Judaic studies center in Moscow, the first such institution in the former Soviet Union in sixty years. Rabbi Steinsaltz lives in Israel. 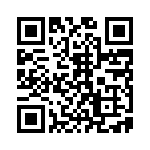