Karen B. Stern is assistant professor of history at Brooklyn College of the City University of New York. She is the author of Inscribing Devotion and Death: Archaeological Evidence for Jewish Populations of North Africa. 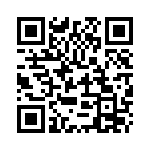