Born in Barnsley in 1922, DONALD DAVIE served in the Navy and studied at Cambridge, becoming Professor of English at Essex, and later at Stanford and Vanderbilt. In 1988 he returned to England where he died in 1995. Carcanet's uniform Collected Works of Donald Davie includes Collected Poems (1990), Under Briggflatts (1989), Slavic Excursions (1990), Studies in Ezra Pound (1991), Older Masters (1992), Church, Chapel, and the Unitarian Conspiracy (1995) and Poems and Melodramas (1996). Purity of Diction in English Verse and Articulate Energy (one volume) are also available from Carcanet. 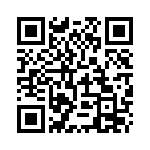