Herman Wouk was born in the Bronx, New York on May 27, 1915. He received a bachelor's degree in comparative literature and philosophy from Columbia University. In 1936, he became a staff writer for the radio comedian Fred Allen. He enlisted in the Navy immediately after Pearl Harbor and was posted as a radio officer in the South Pacific. His debut novel, Aurora Dawn, was published in 1947. His other novels included The City Boy, Marjorie Morningstar, Youngblood Hawke, Don't Stop the Carnival, The Winds of War, War and Remembrance, The Hope, The Gift, A Hole in Texas, and The Lawgiver. He received the Pulitzer Prize for fiction in 1952 for The Caine Mutiny. He received the first Library of Congress Lifetime Achievement Award for the Writing of Fiction in 2008. His nonfiction books included This Is My God, The Language God Talks, and Sailor and Fiddler: Reflections of a 100-Year-Old Author. Several of his books were adapted into movies including The Caine Mutiny and Marjorie Morningstar. He adapted the courtroom sections of The Caine Mutiny into the Broadway play The Caine Mutiny Court-Martial. His other Broadway shows included The Traitor and Nature's Way. He died on May 17, 2019 at the age of 103.

Iddo Netanyahu was born in Jerusalem, Israel. After graduating from high school in the United States, where he spent part of his childhood, he returned to Israel. There he enlisted in the elite commando unit that his older brother Jonathan was to lead to Entebbe in 1976. It was during his studies at The Hebrew University School of Medicine that Netanyahu began his career as an author of short stories, novels and political articles. He divides his time between writing and working as a physician. Netanyahu lives in Jerusalem with his wife and two children. 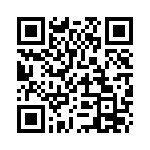