“ŅÕŃ 174
We do not affirm , that , in any case , we can establish a dogma , or make a
discovery independently of all observation - any more than in a syllogism we are
independent of observation for the truth of the premises -- both the major and the
...
“ŅÕŃ 175
mathematics , some obscurely initial or rudimental process of observation may
have been necessary , ere the mind could arrive at its first conceptions , either of
quantity or number . Certain it is , however , that , in all the sciences , however ...
“ŅÕŃ 339
... of her possible observations , all might appear to move , or rather , might
actually move , in strictly undeviating order . ... the palpable things which lie
exposed to view in the region of observation , but among the secret things which
lie in the ... 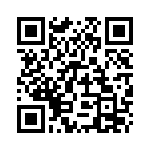