ÚÓŚ„ 312
Ying-ta understands, I think correctly, by g Lu mount Hwa, and the Ho by k Critics
generally take 'll and J in the plural. We must understand, of course, that Woo
made his announcement to the SPITIZS qflieaven, Earth, the mountain, and the ...
ÚÓŚ„ 524
This phrase,ó' the myriad regions,' as well as the RH and E below, are taken by
Ying-ta as vague expressions, it being proper, when speaking of the movements
and measures of the emperor, to do so 'in large terms ;' and both Lin Che-k'e ...
ÚÓŚ„ 627
E :1 Z E,'the head g=the most important, the chief) of all wort s.' The duke means
the ancient saying which he proceeds to state, and which seemed to him, in the
mood of mind in which he was, to be so important. Ying-ta gives for the clauseóß
... 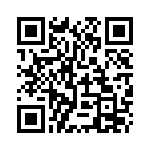