Born in the Caribbean island of Trinidad, West Indies, Lynette Phillip learned early in life how to overcome adversity. While in Trinidad, Lynette was employed as an Administrative Professional Secretary at Caribbean Industrial Relations Limited. She migrated to the United States in 1985 and began a course of study at the University of Houston-Downtown, from which she graduated thirteen years later with a Bachelor of Business Administration in Computer Information Systems. It was extreme determination that caused Lynette to persevere through financial setbacks and difficult times. Sometimes, she completed only one class per semester, but destiny would not have been fulfilled if she had given up. Lynette accepted her calling into ministry while attending a weekend church retreat. She completed her biblical studies at C. H. Mason Bible College, and Greater Emmanuel Bible Institute in Houston, Texas. Lynette is a licensed evangelist missionary. She serves faithfully at Sheepfold Church of God in Christ, Houston, Texas, under the leadership of Pastor Larry C. Baker and Evangelist Missionary Terrye F. Baker. Lynette Phillip is also certified by the State of Texas, and teaches at a local area high school. 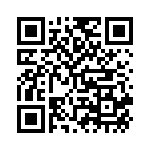