How to even begin to review or give a rating to what, at least in my reading experience, is a unique book. This is a completely inward chronicle of a man obsessed by the world of his dreams and ... „°Ó ±„ķ°õ ŅņÓõ

You'll admit I'm sure that many do indeed adopt nihilism/inner 'emptiness'/void gazing/ennui -- Motorcycle Emptiness for short -- as a social pose, as a way of attracting chums, sexual and otherwise ... „°Ó ±„ķ°õ ŅņÓõ

Fernando Pessoa (1888-1935) was born in Lisbon and brought up in Durban, South Africa. He returned to Lisbon in 1905. A prolific writer, ascribing his work to a variety of personas or heteronyms, Pessoa published little in his lifetime and supported himself by working as a commercial translator. Although acknowledged as an intellectual and a poet, his literary genius went largely unrecognised until after his death 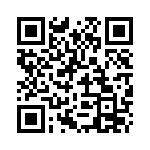