James W. Parkinson is a nationally known trial lawyer who was co-lead counsel in the JPOW case. Lee Benson is a newspaper columnist for the Deseret Morning News in Salt Lake City and the author of a number of books on subjects as diverse as the Olympic Games and the kidnapping of Elizabeth Smart. 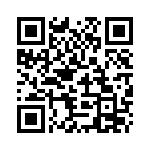