˛ţňŃ 12
was also an intellectual part called chu; and a personality or personal genius, or
astral body, known as ka, which remained or dwelt in the tomb where the earthly
body lay. Woe to him who opened and disturbed the final home of the corpse; ...
˛ţňŃ 297
A strong monarchy was finally perfected under their second king, David, who
ruled about 1000 B.C. But the despotism and sloth of later monarchs led to a
division of the country into a Northern section, known as Israel, and, a Southern,
known ...
˛ţňŃ 305
Other books might be written in Israelľ Ecclesiasticus with its famous passage in
praise of famous men, the volumes known as the Maccabees with their stirring
battles and tales of martyrdom, Esdras, Judith, and others. But the great era of the
... 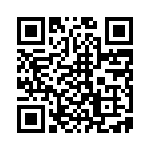