“ŅÕŃ 80
Function is the pure, 'sacred' communication involving the transcendent and the
aspect that religious institutions claim for themselves, the basis of their autonomy
in modern society. Religious performance, by contrast,j)ccurs_when religion is ...
“ŅÕŃ 89
primarily social and the principal religious demand is for social justice (see G.
Baum, 1975: 193ff.). Seeking to establish religious influence by linking function
and performance is, of course, not new or unusual. As discussed above, all
religious ...
“ŅÕŃ 248
liberation theology, 88, 89, 136-7; antisystemicity of, 144; and class analysis, 142,
143; and dependency theory, 142; learning orientation of 144, 145; as liberal
religion, 141 ; as performance theology, 141-6; and social representatives of evil,
... 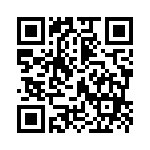