“ŅÕŃ 224 - The Book of Common Prayer, and Administration of the Sacraments and other Rites and Ceremonies of the Church, according to the use of THE PROTESTANT EPISCOPAL CHURCH in the UNITED STATES of AMERICA, together with the Psalter, or Psalms of David.■
ŅÕ¶ķ“ ß-254 ±¶°ķĒ Ņ-1718 “Ń 2007
“ŅÕŃ 45 - An effort has been made to show only pictures which combine. to a considerable degree. an elevated tone with technical excellence: and at no time can a very large assortment of such pictures be obtained. There is an advantage on the side of a small exhibition carefully selected. especially to an untrained public. The confusion and fatigue of mind which a person of no trained powers of selection suffers in passing his eyes wearily over the assortment of good. bad. and indifferent which the average...■
ŅÕ¶ķ“ ß-6 ±¶°ķĒ Ņ-1886 “Ń 2003
“ÕŃ
“ŅÕŃ 43 - settlement." to be effective. must contain an element of permanency. so that the neighborhood may feel that the interest and fortunes of the residents are identical with their own. The settlement must have an enthusiasm for the possibilities of its locality. and an ability to bring into it and develop from it those lines of thought and action which make for the "higher life.■
ŅÕ¶ķ“ ß-8 ±¶°ķĒ Ņ-1995 “Ń 2007
¶ńÕ· 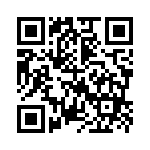