ÚÓŚ„
Leader of those Armies bright, Which but th' Omnipotent none could have foyld, If
once they hear that voyce, their liveliest pledge Of hope in fears and dangers,
heard so oft In worst extreams, and on the perilous edge Of battel when it rag'd, ...
ÚÓŚ„
... or with linked Thunderbolts Transfix us to the bottom of this Gulfe. Awake, arise,
or be for ever fall'n. They heard, and were abasht, and up they sprung Upon the
wing, as when men wont to watch On duty, sleeping found by whom they dread, ...
ÚÓŚ„
... hoarse cadence lull Sea-faring men orewatcht, whose Bark by chance Or
Pinnace anchors in a craggy Bay After the Tempest: Such applause was heard
As MAMMON ended, and his Sentence pleas'd, Advising peace: for such another
They ...
ÚÓŚ„
Forbidding; and at once with him they rose; Thir rising all at once was as the
sound Of Thunder heard remote. Towards him they bend With awful reverence
prone; and as a God Extoll him equal to the highest in Heav'n: Nor fail'd they to ...
ÚÓŚ„
Put to thir mouths the sounding Alchymie By Haralds voice explain'd: the hollow
Abyss Heard farr and wide, and all the host of Hell With deafning shout, return'd
them loud acclaim. Thence more at ease thir minds and somwhat rais'd By false ...
šŠŗ » 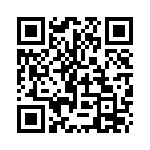