ņīåć
10-22 , 31-42 ) Immediately before the slaughtering of each of the three animals
listed in verse 1 , the priests are to ... always done by the owner of the animal ,
who presses down on the head with bare hands.13 In certain circumstances the
rite ...
ņīåć
The following clause would appear to indicate that , as with animals , the human
first - born was to be sacrificed to God . But such an interpretation is impossible in
Israel . Hence , the unqualified , categorical prescription must be an archaic ...
ņīåć
The God of Israel strikes the animals with pestilence . Most likely , the soil ,
contaminated by mounds of rotting frogs , became the breeding ground of
disease , probably the highly infectious anthrax , which strikes the cattle in the
fields .

This is a wonderful resource; nothing really comes close to it that I've seen so far. The price is much better at Amazon($189); or you can get each volume separately there cheaper. Normally I prefer to buy my materials from CBD except when there is such a huge price difference. ÷ųą ń÷éųä īģąä 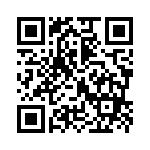