The title is a rhetorical joke, of course. Of course the US needs a foreign policy. This is an overview of the inter-state anarchy of international foreign policy, as viewed by the most calculating of ... ųÝŗ ŮųťÝš Óžŗš

Former Secretary of State Henry Kissinger carefully gives a tour of the state of American foreign policy at the outset of the 21st Century. In "Does America Need a Foreign Policy?" Kissinger assesses ... ųÝŗ ŮųťÝš Óžŗš

Henry A. Kissinger was sworn in on September 22, 1973, as the fifty-sixth United States Secretary of State, a position he held until January 20, 1977. He also served as Assistant to the President for National Security Affairs from January 20, 1969, until November 3, 1975. Among the awards Dr. Kissinger has received have been the Nobel Peace Prize in 1973, the Presidential Medal of Freedom (the nation's highest civilian award) in 1977, and the Medal of Liberty in 1986. 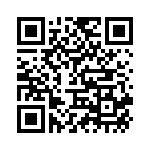