Several years ago, my husband and I were looking for a restaurant in Eilat, Israel. We ended up at one called ďHallaluyah.Ē It was a kosher, Chinese restaurant and the hot and sour soup was the best ... ųÝŗ ŮųťÝš Óžŗš

FALAFEL NATION: Cuisine and the Making of National Identity in Israel

What's in a falafel? By the lights of food-studies and nutrition adjunct professor Raviv, it's not just chickpeas and pita bread, but also identity. You are what you eat. That's true of nations as ... ųÝŗ ŮųťÝš Óžŗš

Yael Raviv is the director of the Umami food and art festival in New York City. She has a PhD in performance studies from New York University and is an adjunct professor in the Department of Nutrition, Food Studies, and Public Health at NYU. Her work has appeared in Women and Performance, Gastronomica, and elsewhere. 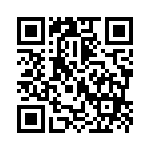